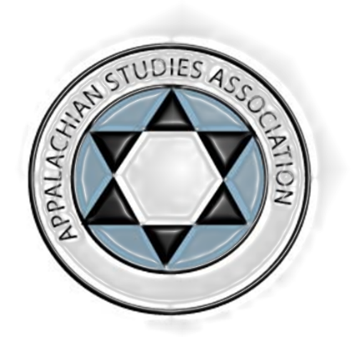 Preface: Night Comes to the Cumberlands and Yesterday’s People were published fifty or more years ago. This panel will explore the criticism, praise and misperceptions which persist even today.

Fifty years ago the University Press of Kentucky released Jack Weller’s Yesterday’s People. Two years earlier, Little, Brown and Company had published Harry Caudill’s Night Comes to the Cumberlands. No two books have had a greater and lasting impact on the region and the national perception of Appalachia and its people. Although much has been written about Jack Weller’s book, few scholars have examined the archival files which contain the draft manuscript or the correspondence related to the book’s development and publication. Understanding the relationship between the two authors and Caudill’s significant role in bringing Yesterday’s People to print is equally interesting.

Night Comes to the Cumberlands, a national best-seller, is often credited with sharpening focus on Appalachia at the beginning of the “war on poverty.” Many believe Caudill’s book may have been instrumental in the formation of the Appalachian Regional Commission. Although Caudill became the defacto national spokesperson for the region, he often is criticized for his negative depiction of the Appalachian subculture.

Thomas Wagner, who interviewed Jack Weller in the 1970s and has examined the archival files, will present his conclusions and address some of the misperceptions about Yesterday’s People.

Thomas Wagner is retired from the University of Cincinnati where he was a University Professor and also served as Vice President for Student Affairs. He is co-author of three books on Appalachian migration and culture and was ASA Program Chair in 2006.

Bruce Tucker, who has written about Harry Caudill, will discuss Caudill’s time and place in Appalachian studies.

Bruce Tucker is Professor of History and Associate Vice-President, Academic at the University of Windsor. He has published widely in American cultural and intellectual history, including the history of Appalachian migration and urban Appalachian organizations. He is co-editor with Philip J. Obermiller and Thomas E. Wagner of Appalachian Odyssey: Perspectives on the History of Appalachian Migration, and his most recent book, co-authored with Priscilla Waltonis The Transformation of American Culture: Dialing 9/11 (2012. He is currently working on a study of the problem of inequality in modern American political culture.

Steve Fisher, who interviewed Caudill and has written about both Caudill and Weller, will participate on the panel as respondent and discussant.

Steve Fisher taught for 35 years at Emory & Henry College where he helped create the Appalachian Center for Community Service and an interdisciplinary service-learning major. He is the editor of Fighting Back in Appalachia: Traditions of Resistance and Change and co-editor of Transforming Places: Lessons from Appalachia, He has written on a variety of Appalachian issues, been active in a number of Appalachian resistance efforts, and worked to build links between the academic community and activists in the region.

Phillip Obermiller will serve as convener and moderate the audience.

Thomas Wagner, who interviewed Jack Weller in the 1970s and has examined the archival files, will present his conclusions and address some of the misperceptions about Yesterday’s People.