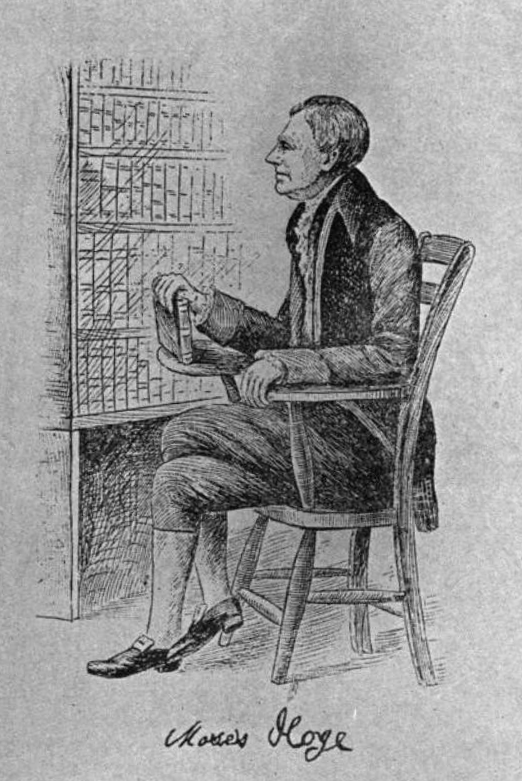 Sermons Selected from the Manuscripts of the Late Moses Hoge, D.D.

According to the Preface, Hoge “was often solicited by his friends, to favour the public with a volume of Sermons” (p. iii). Nothing appeared during his lifetime, but this collection of 32 discourses was published the year after his death. The author of the Preface acknowledges that “both in sentiment and in style they are much inferior to what they would have been if prepared by himself for the press,” but he nonetheless believes “that the portion of absolute merit which they possess, renders them not totally unworthy of public approbation” (p. iv).

Marshall does not own this book; according to WorldCat, the nearest physical copy is at Washington and Lee University in Lexington, Virginia. Like all other books published in the United States in the 19th century, it is in the public domain.