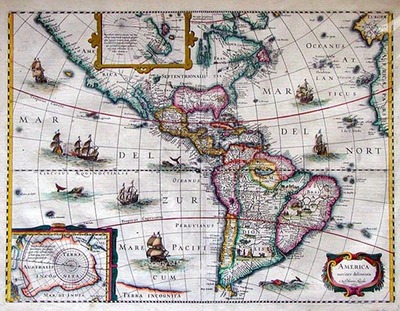 The copperplate that produced this map was originally prepared by Jodocus Hondius Jr. in 1618. It was published in 5 states, or versions, three with decorative borders and two without. This map, the third state with a decorative border, was published by Henricus Hondius in 1631. It is an appropriate representation of what was known about English North and South America during the first quarter of the Seventeenth Century. This map contains insets of Greenland and the South Pole. It depicts California as a peninsula and only shows one Great Lake.